Becoming Aware of the Stories We Tell Ourselves 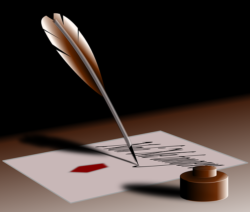 Becoming Aware of the Stories we Tell Ourselves by Leo Babauta.

Leo Babauta of Zen Habits has a way of explaining things in a way that you can understand.  In this article, he discusses the stories we tell ourselves.  He has a way of seeing life that is very inline with my viewpoints.

Telling ourselves stories is something that plagues us all.  We can deny it or we may not be aware of it, but we all have stories we tell ourselves.

These stories are based on our personal perceptions.  They may be true for us, but someone else may see things differently.

Leo gives some examples.  But, I have one of my own.  Let’s start with two brothers.  They both grew up in the same household, with the same parents and rules.  One grows up to become a highly successful professional.  The other grows up to become a homeless alcoholic.  What happened?  What’s the difference?

It all boils down to the stories they each told themselves.

The successful brother most likely had a more positive story he told himself.  He probably told himself that he was worthy, capable, and successful.

The other brother most likely had a more negative story he told himself.  He probably told himself that he was worthless, can’t get anything right, he was a failure.

So, what was the difference?  The stories they each told themselves.

What can we do about these stories?

“Barely anyone is aware of this hidden mechanism, even though it’s happening all the time, in all of us.” – Leo Babauta

Leo believes we would be better off if we are aware of the story we tell ourselves.  I agree with this one hundred percent and I wrote a little about it here.

I suggest you give Leo’s article a read.

Zen Habits will become one of your favorites as well.

Do you have a story you continuously tell yourself?

Tell me all about it in the comments below.

I’d love to hear what you gotta say