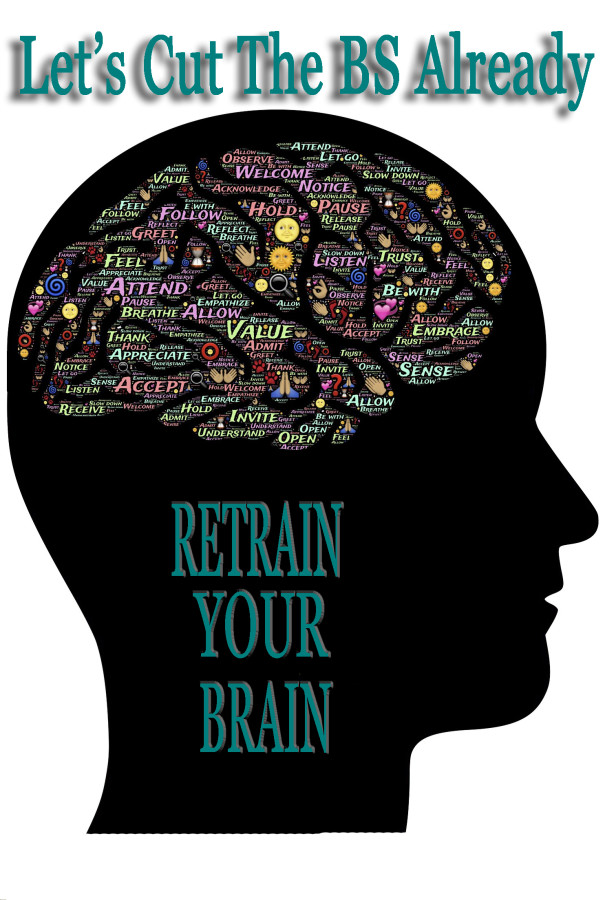 Have you ever heard the story about these women in a family where they always cut their roasts in half prior to roasting?

The third generation daughter said she did it because she understood that it made the meat more tender.

Her mother said that she learned it from her own mom and thought it was to reduce the cooking time and save on energy usage.

When the oldest woman, grandma, was asked about it, she said that the oven she had when raising a family was very small and it was necessary to always cut the roast in half to fit it in!

Obviously, the younger generation was relying on their BS.

It is a belief system.

A belief system is a set of beliefs that support each other.

How are belief systems formed?

Believe it or not, the development of your belief system happens almost without you even being aware of it!

Your system of beliefs is formed from both rational and irrational thoughts and observations.

When you were born you came into the world with the natural capacity to to try to make sense of the world around you. However, as a newborn you didn’t have the ability of logical thinking. So, developing your belief system was not a rational process. Rather, it was a process based on your experience of the world.

The more you experienced something the more likely it was for it to become a belief.

For example, a baby cries when it’s hungry. Mom or dad then proceeds to feed it. This repetitive action will cause the baby to form a belief that it’s parents’ are trustworthy.

The more you mature the more your perception expands.

You continue to develop your belief system based on these 6 primary methods of gathering information.

As you get older, you gain the ability to use your logical mind. You start to think about the world and begin to develop other beliefs.

Some of these beliefs will build on the beliefs you held as a child. Some will contradict those beliefs.

Developing your belief system through this method is very rational and based on the use of logical thinking.

Your beliefs can also be formed through personal experiences.

Through cause and effect, you can deduct that something is true.

If your heart gets broken every time you date a blonde then you might believe that blondes are no good. This might be irrational, but you will believe it because it always goes that way.

Another example of personal experience is how some children who are physically, mentally, or sexually abused tend to believe that it is normal.

These are the beliefs that you adopt through the traditions perpetuated through family and society.

While growing up you were exposed to traditions on a regular basis. Yet it does not mean these traditions are based on truth.

For instance, Christmas is not even a Christian holiday. It was created by Christian leaders to lure people away from ancient pagan festivals.

You should question your belief in something just because it has been a tradition or part of your culture.

“We are so conditioned, so heavily burdened with belief, with tradition, with the past, that this actually prevents us from seeing or listening.”               – J Krishnamurti

Many of your beliefs came from authority figures in your life.

Your parents are on the top of this list, but there are also doctors, politicians, athletes, professors, etc.

You give your power away to these people simply because of their position.

Believing what a doctor says is very common. If your doctor told you that you had a terminal illness, you would probably accept what you were told and potentially you would die.

You can read about cases where people refused to accept a doctor’s terminal prognosis and they ended up surviving and living a long, healthy life.

And, how many of you believe everything your religious leaders tell you? You never even question it.

Often times children emulate athletes or other celebrities. They see these people as Gods and want to be just like them.

We’re all affected by authority figures, somehow, at least at the subconscious level.

Did your mother ever tell you not to hang out with a certain group?

Well, there was a reason for that.

When you surround yourself with a certain group of people you start to associate with what they believe. It’s almost like a form of osmosis. Their habits and beliefs slowly become yours as well.

That’s why you will often hear the advice, surround yourself with people you want to be like. You will eventually emulate their qualities.

Basically, this is the experience of gaining information through unconventional ways, such as a gut feeling, a hunch, a premonition, or through your minds eye.

This kind of inspiration can happen at any time; cooking dinner, driving to work or walking the dog.

Albert Einstein had something to say about this.

I implore you to stop your BS. Try to have the attitude that you don’t know anything at all. Question your belief system.

“be transformed by the renewing of your mind.”