Powerful Advice From a Dying Man 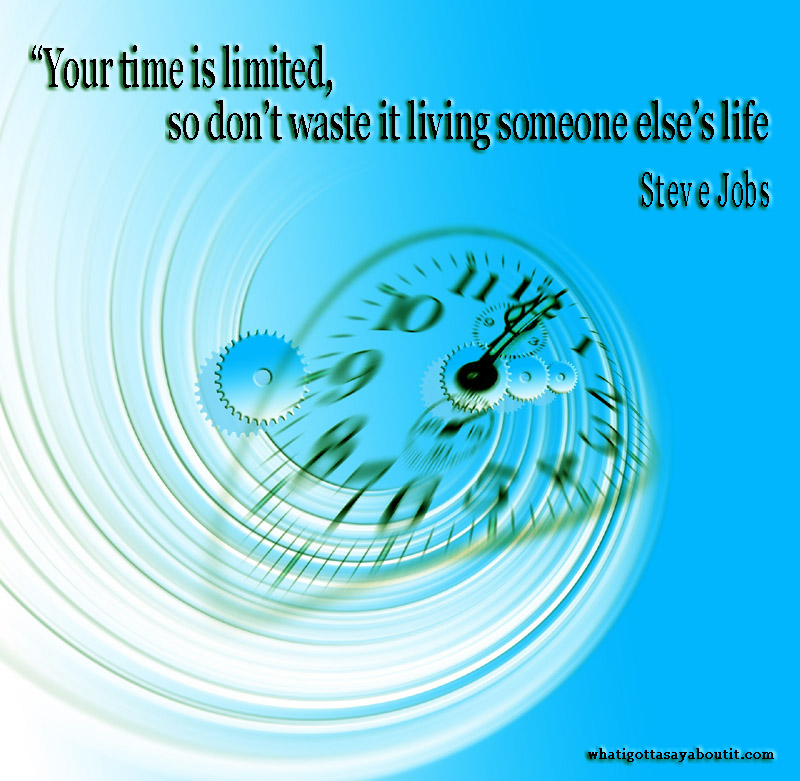 “Your time is limited, so don’t waste it living someone else’s life. Don’t be trapped by dogma – which is living with the results of other people’s thinking. Don’t let the noise of others’ opinions drown out your own inner voice. And most important, have the courage to follow your heart and intuition.” ~Steve Jobs

When I was younger, I remember being told to live my life to the fullest.  I was told time goes by quickly and before you know it you are old and gray.  I’m sure many of us heard the same thing from our grandparents and other relatives who were older than us.

I am no longer that younger self and I have to attest to the fact that it’s true.

In the quote above, Steve Jobs warns us that our time is limited.  He might have been older and it might have seemed that he was passing along the same advice that our grandparents, aunts, and uncles told us when we were growing up.  But, I think we all know now that he had cancer and he knew his life was coming to an end.  An unexpected terminal illness can wake you up like that.

Please read the Facebook post I found of a young man who will not get to see old age and gray hair.  He, like Steve Jobs, learned that time goes by quickly, even quicker for some.

We all have something to say. Do it now, because time goes by quickly.

We may have forgotten what our voice is, but it’s there, waiting for us.  It’s up to us to take responsibility for our own life and take the journey of fulfilling our passions.  It doesn’t matter how old you are, or what your circumstances may be.  You can do it!

I leave you with a little video to inspire you.  I hope you enjoy it.

Let me know, in the comments below, if this impacted you in any way .

I’d love to hear what you gotta say.