Even Superman Needs Help Too 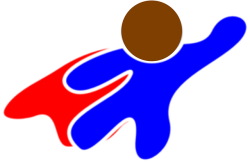 In response to the Daily Prompt – Help

Write a new post in response to today’s one-word prompt.

Some people call it strong willed. Others call it stubborn. But, I have always taken care of myself.

Don’t get me wrong, I have needed and accepted help along the way. For instance, there was no way I could carry a couch into a moving van by myself. But, even in instances like moving, I would do as much as I could before asking for help.

Even when I got hit by a New York City bus I was determined not to rely on anyone. My right ankle was shattered but I did everything I could to live my life independently. I still hung out with my friends and learned how to drive with my left foot to do so.  That was an interesting thing for my friends to witness as I drove up with my right leg draped over the center console.

I really don’t know why I didn’t like to receive help from others.  I just found it more fulfilling to be on the other side and be of help to others.  I didn’t know that I was actually obscuring The Law of Circulation.  If you are unwilling to receive, then you block the flow of this spiritual principle.

Well anyway, something happened where I could not be the stubborn independent person I had always been.  I had another accident.  Only this time I could not do much of anything.  I was at the mercy of the people in my life.

This was very uncomfortable for me and I tried to fight it.  I tried to push myself to do things for myself.  But, I was broken down and I had to finally accept help from others.

I’ve learned some valuable lessons from this experience.  One, I’m not superman and two, if I was, even superman needs help too.