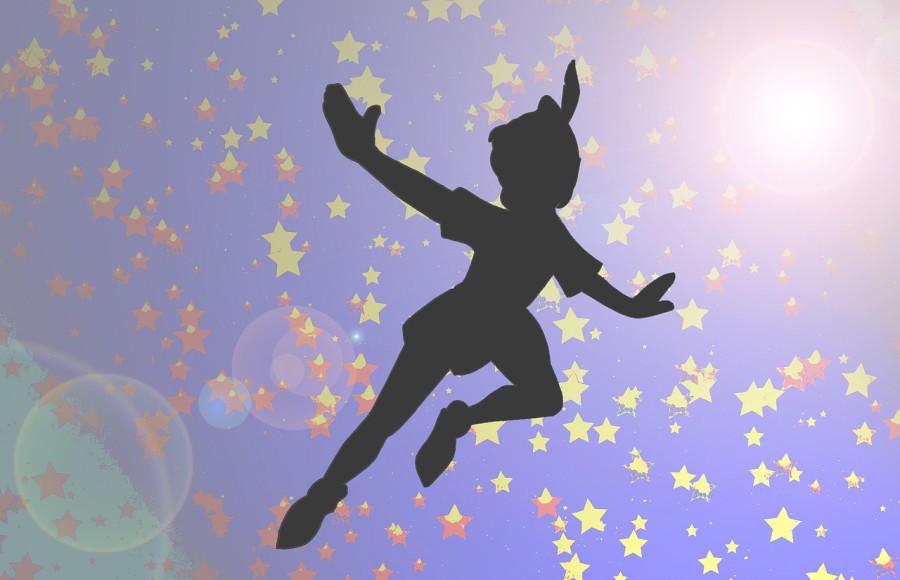 In response to the Daily Prompt, It Builds Character.

Tell us about a favorite character from film, theater, or literature, with whom you’d like to have a heart-to-heart. What would you talk about?

I had a difficult time choosing a character I’d like to have a heart-to-heart with.

Basically, it was because I was denying the first one that popped into my mind.  That character is Peter Pan.  I believe I resisted choosing him because I’ve had a conflict in my psyche with all the things he stood for.  This, of course stems from my childhood and being the eldest child.  I think I’m ready to change my perspective now.

I’m a Disney child.  At least that’s what I’m going to call it.  All the fictional characters in my childhood came from Disney. Of course, I had those “Golden Books” as well. But I don’t recall the stories, let alone the characters.

I went through all my favorite Disney characters. I remembered how much I liked Lady and the Tramp and Pinocchio.  I remembered how much I liked Mary Poppins. I even had the soundtrack album to that movie. I recall running around singing supercalifragilisticespialdocious, and chim chimney. I also liked Bambi. But, I have to admit, one character popped into my mind right off the back. But, I passed him over quickly. I think it’s because I have had some conflict in my psyche with what he is all about.

The conflict stems from being the oldest child with a lot of responsibilities. Being the eldest child I was always told to look after my brother. If he did something wrong I was reprimanded for not stopping him. “You’re older than he is. You should have known better. You should have stopped him.” Those were the kinds of things I was told as a child.

By the time I was 13, my parents were separated and my mother was in another relationship with a new child. My brother almost didn’t make it into the world. My mother wasn’t ready, as she called it, to start all over again. She contemplated aborting the pregnancy. I’m sure me pleading for her to change her mind and telling her I would look after him was not the only reason she kept the pregnancy. But, that one statement was heard by the Universe and I ended up the parental guidance for my brothers when they were 9 and 10-years-old. You can read a little about that here.

So, where’s the conflict? Well, I had an active imagination as a child. I was very creative in my playtime. But, bit by bit, that creative imagination was stifled by the responsibilities of being the oldest child with a mother who wasn’t able to be fully present. (She had manic depression) I guess you could say, I lived two lives growing up. I had a wild imagination and was very creative in my playtime. Yet, being the eldest child, I had to be the responsible one and act serious.

As a child, I admired Peter Pan. Yet, as I grew older and more responsible, I learned to resent him.  Never grow up.  Live a life filled with wonder and adventure.  Those were the messages Peter Pan told me as a child.  And those were the messages that echoed in my mind as I grew older and more responsible.  They were a constant reminder of my failure to live a magical life.

Now that I can admit that Peter Pan is my favorite character, what would we talk about?

The first thing I would ask him is how did he do it. How did he stay true to himself and not let the cares of the world get to him?

Then I’d like to discuss how I can relay his message to the world. How can I stop people from rushing their lives?

Finally, I would apologize for any conflict between us. Being young forever is not necessarily a bad thing? It’s almost biblical. Jesus said, “be ye like little children.” In other words, greet each day with the awe of a child, with wonder and excitement for what the day may bring.

In closing, let me remind you what Peter Pan said. Think of the happiest things, it’s the same as having wings. You can fly.