The Nature of Time, Life, & Perception 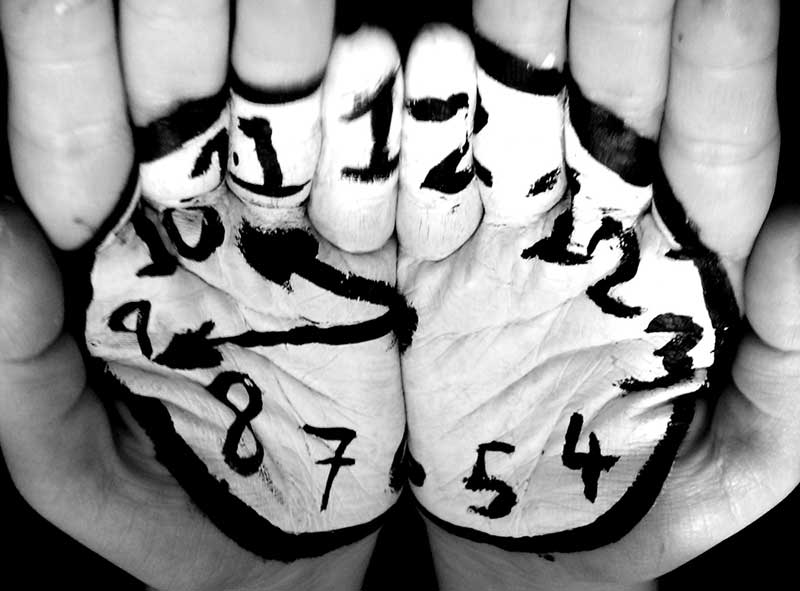 In response to The Daily Post’s writing prompt: Image Search.

Pick a random word and do Google image search on it. Check out the eleventh picture it brings up. Write about whatever that image brings to mind.

One thing that got me thinking about time was a movie I watched at the time of this prompt.
This article has been sitting as a draft for quite some time now. So, the movie is not that new. The name of the movie was Lucy and I highly recommend it. It wasn’t the greatest movie ever, but it had some interesting things to consider.

At one point in the movie, the main character Lucy discusses the nature of time and life and how people’s humanity distorts their perceptions. This got me thinking.
I’d like to share my thoughts.

The Nature of Time, Life, & Perception

“For soon I must go down that road from which I will never return.”
Job 16:22 (New Living Translation.)

First, What Is Humanity?

Obviously, humanity refers to all human beings collectively; the human race; humankind. However, it also refers to the quality or condition of being human; human nature. (source)

In my opinion, it is the condition of being human that causes the perceptual distortion of time and life.

One reason is because we are raised to believe that in our humanity we are frail and weak.

If you are from a religious background, there are many passages from the bible that claim you are nothing. It is only through “the blood of Christ” that you have any worth.

We are constantly reminded of the frailty of humanity.

The concept, that time is fleeting is always at the forefront of our minds and it is inevitable that one day we will die.

I believe this puts fear into our subconscious minds. Therefore, we constantly worry about our physical form.

Another thing we’ve been conditioned to believe is that time is linear.

We picture time as a conveyor belt that moves horizontally from the past to present to future at the same unchangeable speed for all of us.

However, science has been discovering more since the days of Albert Einstein.

Many physicists now believe that time is an illusion. It’s believed that time is a continuum and there really is no beginning and no end.

Here’s a documentary explaining the illusion of time.

Time Is All In Our Head

Some would say that without our memories there would not be a concept of time.

Think about this for a second.

We Can be Projected Back in Time.

This doesn’t mean we physically go to the past. But, we revisit the past all the time.
Often times, when we are presented with certain situations it triggers something in us from the past.

For example, let’s say you’re single. You’ve had several bad relationships in the past but you want a new one now. You meet someone who does something that reminds you of something one of your ex’s did in the past. If you’re not aware of it this can make you act differently or hold back.

Ultimately, something that started out right and could have been right, could change by the way you react to that one little trigger.

We Project our Thoughts Forward in Time.

Sometimes we think about the future with thoughts of fear, thinking of things that may happen.  Other times, it’s with excitement and anticipation of the things that could happen.

Some people claim that if you look at the thoughts you were thinking several years back you will see that you are in the place you thought of back then.

I don’t mean sporadic occasional thinking. I’m talking about the habitual thinking we often do unconsciously. Some people walk around constantly thinking “I don’t feel well, I’m always sick.” Some believe those thoughts will create sickness in the future.

If we could forget the concept of time and our humanity, we could lead much more fulfilling lives.

How many of us have made a decision based on our humanity?

Often times, we choose not to do something because of the fear of what may happen to our physical form.

If somehow, we were given the awareness that we are more than just human, (as Lucy was) we might have made different choices.

I believe that we are more than just human.

At our core, we are spiritual beings that are having a human experience.

Therefore, there is nothing we can do that will cause any harm to the true essence of who we are.

I believe this on a conscious level.

However, I believe we have to constantly be aware of those subconscious thoughts that we have been conditioned to believe. Those thoughts make us act with concern for our physical well-being.

On one level, this is a good thing. We should be mindful of keeping our physical form safe. Yet, we should not worry so much that it keeps us from doing or saying what we feel is ours to do or say.

At the time of this writing, I was posting information about the NSA, Edward Snowden, and Julian Assange.

I became afraid that someone would retaliate against me for revealing too much? Therefore, I’ve held a lot back with my writing and posts.

I self-censored myself because of the fear of some organization targeting me.

This explains how people’s humanity distorts their perceptions.

“I cannot imagine a god who rewards and punishes the objects of his creation, whose purposes are modeled after our own
-a god, in short, who is but a reflection of human frailty.”
– Albert Einstein

It’s funny, I used to be so concerned with who I was and what I wanted to be, and now that I have access to the furthest reaches of my brain, I see things clearly and realize that what makes us “us” — it’s primitive. They’re all obstacles. Does that make any sense?

I don’t feel pain, fear, desire. It’s like all things that make us human are fading away. It’s like the less human I feel, all this knowledge about everything, quantum physics, applied mathematics, the infinite capacity of the cell’s nucleus, they’re all exploding inside my brain. All this knowledge. I don’t know what to do with it.

If you’re asking me what to do with all this knowledge you’re accumulating, I say, pass it on … just like any simple cell, going through time.

Every cell knows and talks to every other cell. They exchange a thousand bits of information between themselves per second. Cells join together forming a joint web of communication, which in turn forms matter. Cells get together, take on one form, deform, reform — makes no difference, they’re all the same. Humans consider themselves unique, so they’ve rooted their whole theory of existence on their uniqueness. “One” is their unit of “measure” — but it’s not. All social systems we’ve put into place are a mere sketch: “one plus one equals two”, that’s all we’ve learned, but one plus one has never equaled two — there are in fact no numbers and no letters, we’ve codified our existence to bring it down to human size, to make it comprehensible, we’ve created a scale so we can forget its unfathomable scale.

If its habitat is not sufficiently favorable, or nurturing, the cell will choose immortality, in other words, self-sufficiency and self-management. On the other hand, if the habitat is favorable, they will choose to reproduce — that way, when they die, they hand essential information and knowledge to the next cell, which hands it down to the next cell, and so on. Thus, knowledge and learning are handed down, through time.

I have one question.  Is our habitat sufficiently favorable, or nurturing?

We would love to hear what you gotta say, so please feel free to share in the comments section below.