That Damn Box Of Chocolates 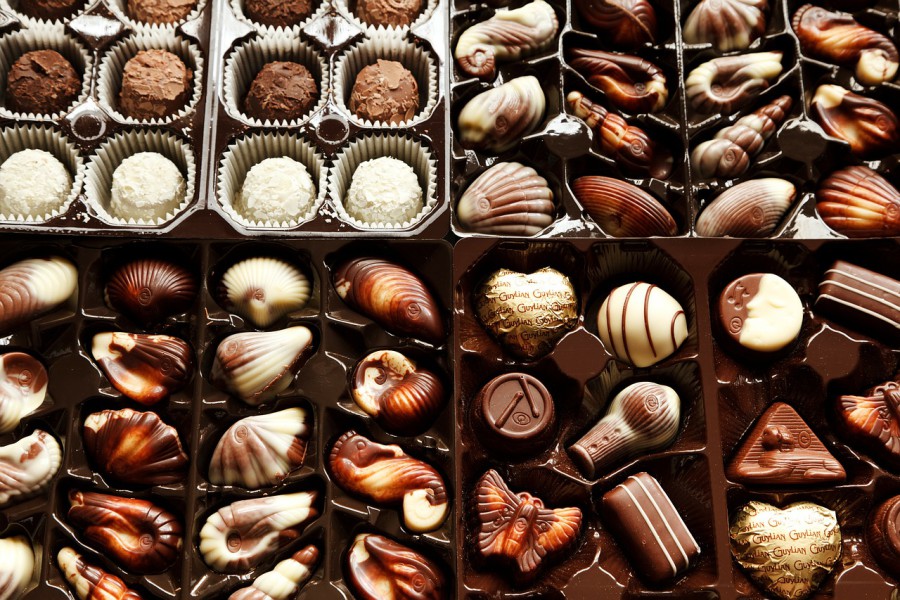 In response to The Daily Prompt I Got Skills

If you could choose to be a master (or mistress) of any skill in the world, which skill would you pick?

I don’t say it right out but I think you will be able to decipher what I choose to be a master of.

Life is often times a big mystery. It’s funny how it can work out sometimes. It’s like the “Forrest Gump” quote goes, “Life is like a box of chocolate. You never know what you are going to get.”

When I was younger all I could think about was singing. Music was my life. I sang all the time, and the feedback I got proved that I wasn’t bad at it either. I would sit in my room and play a record (yeah, I know I’m showing my age) and write down the words to the song. Then, I would sing it over and over. Did I say over again? LOL.

Throughout the years, I was fortunate enough to experience singing in public a total of five times.

My first experience was on stage at a talent show. It was in seventh grade and I was nervous as hell.

After that, I sang for my eighth grade graduation. I did so well, the dean invited back for the next year’s graduation.

Then, there was the time when some family members, some friends, and I were in a bar in downtown Manhattan.   It was karaoke night and my brother’s friend wanted to sing with me. After looking over the catalogue of songs, we chose to sing Endless Love.  My brother’s friend began singing but, froze when it came to my turn. I ended up singing the rest of the song by myself. Afterwards, there was an explosion of applause from the crowd. They went crazy! Even the bartender praised me and rewarded me with a free drink.

My final experience was at a venue where my boyfriend, at the time, used to sing with his band at. The band had been practicing and learned the song “Give me one reason” by Tracy Chapman. To my surprise, they called me up to the stage to sing the song.   Once I started singing, a silence fell over the place. Everyone was listening with such intensity. Once finished, I received a standing ovation. It was such a great feeling.

Unfortunately, I lacked the self-confidence needed to pursue a career in the music industry. Perhaps, if I had more self-confidence, my life would be much different today. Actually, it would be different. I would have never met my soul mate, my husband Danny.

I have made many mistakes in my life and, sometimes, I have this longing in my heart for a chance to have a “do over.”  But, my rational mind knows better and doubts I would do anything differently anyway.

It’s not as if though I wasn’t aware. I knew what was going on and I learned the lessons I was being taught. I was simply doing the best with the understanding that I had at the time. I recall frequently telling my son that we can only grow as far as our surroundings allow us. To this day, I still have a tendency to believe this is true. If we surround ourselves with people who do not have any goals or motivation, we become like them. It’s almost like a form of osmosis.

I’m not a bad person. I just didn’t always make the right choices. Sometimes I found myself surrounded by people who lacked a higher vision for themselves. Before I knew it, I found myself ending up in the “same old rut.”  It seemed, I was always looking for love (in all the wrong places) LOL. Like most people, I didn’t want to be alone.

When my son passed away in 2006, I stopped singing for a long time. After that period of grief and heartache, when I finally tried to sing again, my voice was just not the same. Prior to the passing of my son, I had the ability to hit very high notes. I was also able to sustain these high notes with no problem at all. Unfortunately, now I have to sing at a lower key and I can’t hold my notes quite as long.

It’s been years since I’ve been that younger self. I wanted to be a famous singer. Instead, I ended up “one of those people.” I didn’t have the willpower and courage to “go for it.” I constantly made up excuses as to why I couldn’t do it, and I never did.

I know there are a lot of people out there who have dreams and desires. I have some advice for you. Don’t let fear prevent you from reaching for your dreams. You don’t want to live with regrets. You have nothing to lose and so much to gain.

You may encounter people who hate on you. They may wish nothing but bad things for you. Just don’t let the negativity override your happiness. Have faith in yourself and pray to God to watch over you. Ask for protection from the evil that can be out there. Most importantly, don’t forget to be grateful for all the blessings that God gives you along the way.

As for me. I’m still counting on how funny the way life can work out sometimes. You’ll find me eating that damn box of chocolates.