In Overton, Texas, police question the mother of two little girls who were doing something that is almost as American as apple pie.

Apparently, you need a $150 permit to sell lemonade in Overton.  In addition to that, you need an inspection from the health department.

How much more ridiculous can things get in the good old USA?  It seems as if though America is being systematically transformed into a totalitarian society.  We still like to call ourselves “the land of the free”, but the truth is that we are being transformed into a totalitarian society unlike anything the world has ever seen before.  The saddest thing is that most Americans have become so accustomed to the matrix of control that has been constructed all around them that it does not even bother them when even more rules and regulations are put into place.

But enough with my ranting.  You can read the whole lemonade story on “Mirror Online” by clicking the source link below. 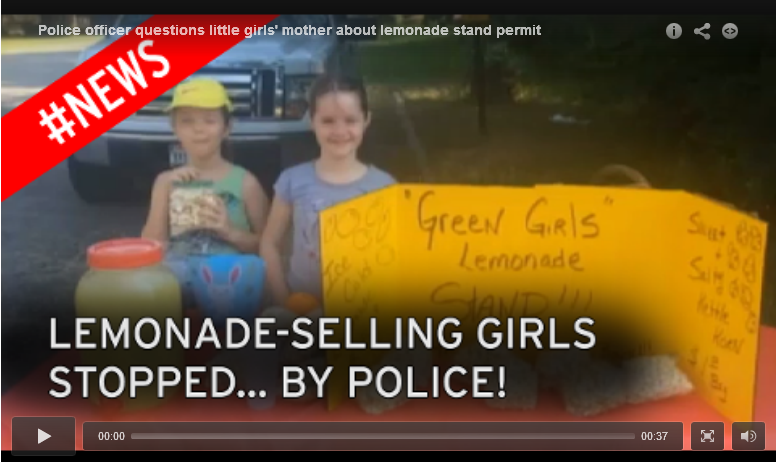