9 Things Successful People Refuse To Do 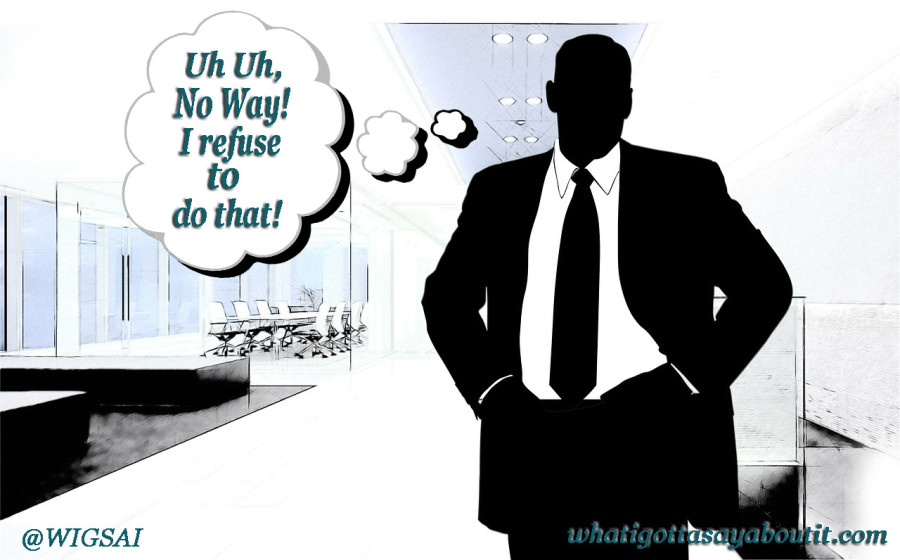 I’ve been reading  “Think and Grow Rich” by Napoleon Hill and other books on successful people.  I’ve seen a lot of the same principles I’ve been talking about lately.  Success depends on your mindset.  The way you think determines everything.  It’s not only what you choose to do, but also what you refuse to do.  Here are 9 Things Successful People Refuse To Do.

1.  They refuse to let unsupportive people drag them down.

This is very important. You have to surround yourself with people who share your vision and believe it is attainable. If you have a team, just one person on that team with a negative, defeated attitude can bring the rest of the team into that same energy. I know, I used to be one.

2.  They refuse to let others determine their path.

This can take form in many areas in a person’s life. It can start early on where your parents try to dictate which direction you should go in school. You might want to go for literature and your parents pressure you into going into law. You then end up living a miserable life because you let someone else determine your path.

Also, I’ve read many accounts where celebrities refused to go in the direction the management company wanted them to go. They all said if it wasn’t for their persistence in staying true to themselves they would not have made it to where they are now.

3.  They refuse to be limited by faulty goal setting.

You must build a vision in your minds eye of what it is you want. Then be definitive in whatever it is and write it all down in positive, present statements.

4.  They refuse to turn their past troubles into present excuses.

This is the victim mentality I spoke about in a previous post.

So many times people refuse to try something based on past failures or circumstances.

When I look back at my younger years I remember failing miserably at sports. People laughed at me. Instead of pushing myself and learning sports, I gave up with a victim mentality, saying it was unfair because my father was never around to help teach me.

This is poppycock and rubbish. Never let the past dictate your future.

5.  They refuse to stop dreaming and achieving, even in the face of failure.

I’ve read so many stories of people saying that they have had more failures than successes. They didn’t crawl up into a ball and cry because they failed. They didn’t give up on their dreams either. Why not?

They did not view them as failures. Instead, they viewed them as learning experiences. They made adjustments to their plan and kept on going until they realized their dreams.

Napoleon Hill said, “When defeat comes, accept it as a signal that your plans are not sound, rebuild those plans, and set sail once more toward your coveted goal.”

6.  They refuse to let scarcity driven fears hold them back.

Success comes to those who become success conscious.

Not going for your dreams because you lack something is just another excuse.

7.  They refuse to think small.

When you sit down to visualize how you see your dream manifesting don’t hold back. Be as grand and descriptive as you can be. If you want to write a book, don’t just visualize writing a comic book. Think big and you’ll get big results.

I think it was Norman Vincent Peale who said “Shoot for the moon. Even if you miss, you’ll land among the stars.”

8.  They refuse to chase people/customers (they attract them instead.)

When you get your mind right and adopt the consciousness of success nothing else matters. All you have to do is present your authentic self and things will start falling into place, doors will start opening, and the people will come.

“Our brains become magnetized with the dominating thoughts which we hold in our minds, and, by means with which no man is familiar, these “magnets” attract to us the forces, the people, the circumstances of life which harmonize with the nature of our dominating thoughts.” -Napoleon Hill

9.  They refuse to stop learning.

You must keep an open mind and always think outside the box of your current perception. Once you think you know something, that’s it! game over! You already know it all. so you will discontinue looking for new ways to do things. You will stop changing and evolving. You will become stagnant.

“One of the biggest downfalls of mankind is the rigidity of their beliefs. “ -WIGSAI